The band adopts a style close to the death metal allying powerful riffs of guitar and very intense battery rhythm combined with sophisticated musicales parts. The whole is covered with a guttural singing, dynamic but also melodious.

To bring the atmospheric touch to the band, the member essential to this style is the keyboard. Thanks to sounds so varied from each others, the tablecloths of keyboards soak every piece of a particular, sometimes dark, sometimes melancholic atmosphere and wrap the whole in an energy ready to explode!

The name of Alkhimya comes from secular discipline of metal’s transmutation : the Alchemy. The band is the result of a fusion between the research for a common philosophy and for a symbolic vibration which the music transmits to each through melodies always more varied. All gathered in a musical alchemy to lead his stone away and to make a subtle and surprising mixture who bring a real quintessence of it.

The creation of the band Alkhimya rests on ashes of the former Klem’s group (Guitarist and composer) and Franck (keyboard) named : 4Century, who was born from ashes of the group of metal Deeprest. 4Century constituted also of David in the singing/bass then followed towards the end of Joël with the second Guitar, mixed a melodic, dramatic heavy metal to texts of love. They claimed to be precursor of a new genre : Love Metal.

During 4 years, the band produced 2 albums under the label Brennus : an EP (Little Angel) and a complete album ( Love Prophecy). It’s unfortunately after the singer’s departure that the group finished to interrupt any creative process, because from now and without singer motivated Lover the band couldn’t enhance their music anymore.

Klem, the main composer of the group always motivated to write and compose, goes back to the source of extreme metal after a short travel within style such as medieval, folk black, melodic, or even rock progressive death metal. It’s after this journey that Klem finally decided to create a new band, this time in a style more aggressive than the precedent. His friend Franck, always ready to create new atmospheres, quickly accept to begin this musical adventure with Klem.

An alchemy was created step by step with the arrived of the latest member of 4Century, Joël. Inspired by groups as Dimmu Borgir and Opeth, the band wanting to compose in the atmospheric death metal style, owed now to find a drummer.

Gaël, actually drummer of the metal’s band Vernes and brother of Joël, looking for a new challenge agreed to join the group. But with 4 members, some songs already composed, the group didn’t still have a name.

After a short research, Franck under the favorable and unanimous opinion of his companions proposed the theme of the Alchemy. This ancestral theme, now adopted by all members, is going to become the main source of inspiration of the band. Finally, they adopted together the name : Alkhimya

Alkhimya was born, but it still failed to find the fifth wheel of the group, a bass player, very difficult to find in this style of metal.

Having only played bass a few time and having seen the potential that could contain the group, Laurent was enchanted to integrate the formation and decided to invest all his time in the bass guitar and backing vocal in Alkhimya…

Since October 2012, Alkhimya composes and reveals on stage a caustic music in intenses concerts.
In May 2014, the group records their first EP composed of 4 titles then mixed and mastered by a metal music’s specialist in a professional studio. The EP is out at last of year 2016. 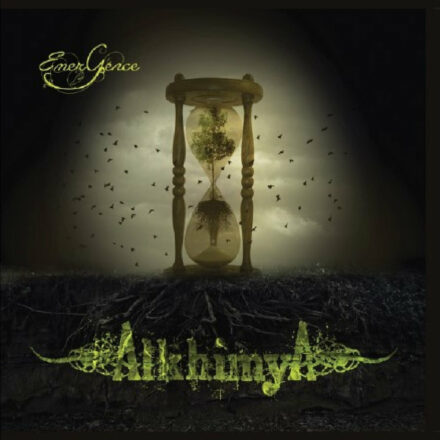