Desolation – Empire Of The Damned (EP)

Greek black/death metallers DESOLATION started on 1988 and on 1989 they recorded 3 tracks, with Sakis Tolis of Rotting Christ on guitars. The 3-song tape recorded with the intention of releasing it as a split LP with Masacre on Unisound Records. The three tracks ended up on a compilation CD, “Weird Tales of Madness”, instead, released by the German underground label, Black Death Records, among other popular at that time bands, like Funebre, Tormentor, Necrophile.
After these recordings, Sakis Tolis left the project to concentrate 100% to Rotting Christ and DESOLATION disbanded for many years.
We re-release now this hidden metal gem, as a 30-years anniversary edition, renamed as “Empire Of The Damned”, with the original sound, to keep the atmosphere of the recordings and the magic of the early 90’s underground metal, but brings it to life with an amazing packaging and artwork designed by Greek fine artist John Pavlidis! 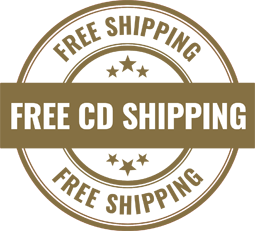