Aftermath - There Is Something Wrong

25 years after their debut album, American crossover/progressive/technical thrashers AFTERMATH return with their 2nd full-length release. “There is Something Wrong” is an 11-song opus recorded by Chuck Macak and mastered by Ted Jensen. A concept record in the truest sense of the word, the album features a mix of old-school crossover thrash and technical/progressive metal, and is a commentary on what is wrong with the world today. A calling out of the masses to wake up and know the real enemy. The music is urgent, and the lyrics challenge the listener to seek the truth.
For fans of: Coroner, Artillery, Believer, Slayer, Metallica, Anthrax, Anacrusis, Annihilator, Death Angel, Forbidden, Exodus, Watchower, Body Count, Rage Against The Machine, D.R.I., M.O.D., and Mekong Delta!

Tracklist:
Can You Feel It
FFF (FalseFlagFlying)
Diethanasia
Scientists And Priest
Smash Reset Control
Gaslight
Handful Of Dynamite
Temptation Overthrown
Pseudocide
There Is Something Wrong
Expulsion 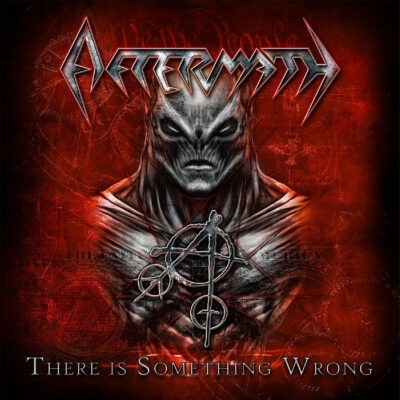 There Is Something Wrong