The second album of Greeks Arcane Dread, that is an old school death metal project of Typhon (of Sulferon/Helgast), combining both American and European death metal schools as long as some thrash elements regarding both sound and compositions.
Lyrically, AD is deriving inspiration from Cthulhu Mythos, and also myths and legends that inspired fear in man since our evolution begun.
For their new album “A Path Befouled”, Typhon collaborated with Greg (Infernal Throne/Extremity Obsession) for the album’s vocals and stay true to the old school death metal path.
Includes a cover version of ASPHYX’s “Deathammer”!
For fans of Morbid Angel, Deicide, Obituary, Asphyx, Slayer, Pleurisy, Atheist, Possessed. 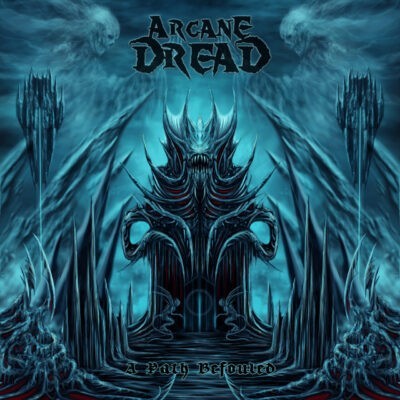