Cadaveria - Far Away From Conformity

Re-release of the second album of Italian horror metallers CADAVERIA!
“Far Away From Conformity” originally released back in 2004 and now it’s the time to re-release it remixed, remastered, including also refreshed artwork.
An unconventional, but very unique mix of classic heavy metal, with death, black and gothic metal. All these could perfectly described as horror metal.
Including a cover version of Blondie’s classic ”Call Me”.
Available in deluxe digipack edition. 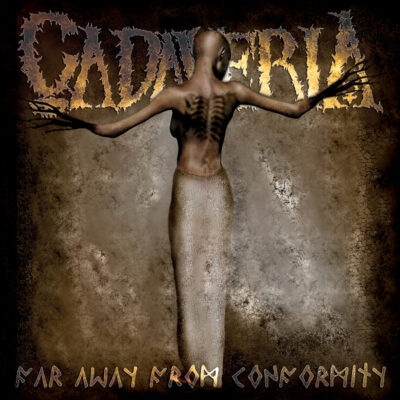 Far Away From Conformity