Angelo Perlepes is one of the best guitarists of Greece/Europe, who is influenced by classic music composers (Bach, Paganini, Vivaldi) and hard rock guitarists (Blackmore, Hendrix, Gallagher, Malmsteen, G. Moore, J. Beck, M. Schenker, Uli Jon Roth).
His first band was Versus. They recorded an album on 1984, that was never released (and we present you here remastered), and then he created Mystery, a Greek hard ‘n’ heavy band, which is existing till today, releasing some great albums so far!
On Versus you can listen from classic hard rock, till melodic, early heavy metal of the 70s, with a real live sound, and a virtuoso/neoclassical guitar playing by Angelo, plus great performances from the rest band’s members.
The cd comes in a wonderful artwork, designed by Greek fine artist Yiannis Pavlidis.

Unreleased album from 1984, that is remastered by Nick Papakostas at Entasis studios, Athens.

3 Feelong Down (No More)

6 Where the Rainbow Ends 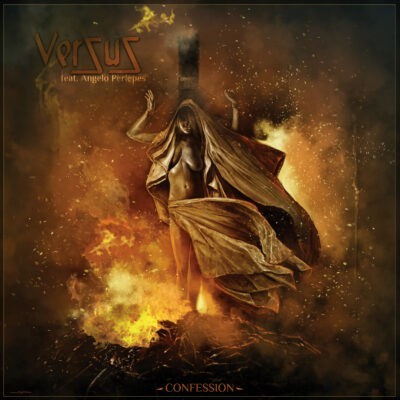