It was 1996, when Greek black metallers DEVISER released their debut full length album “Unspeakable Cults” through Mascot Records. Now, celebrating the 20 years of the original release, Sleaszy Rider re-release this gem, with the original artwork, for first time on digipack, anniversary edition!
Don’t miss one of the best, elegant, original black metal albums that ever came out from Greece! From black/thrash blastbeasts to epic keyboards and from rape male vocals to female vocals and atmospheric melodies, this album is a masterpiece!
Including “Forbidden Knowledge” as bonus track.
For fans of Rotting Christ, Varathron, Kawir, Venom, Bathory, Celtic Frost, Cradle Of Filth and Dimmu Borgir! 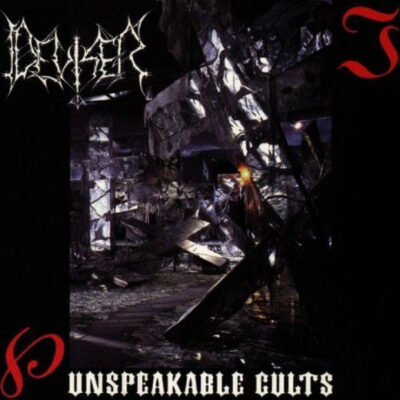