Four months after the release of the mini-cd “Filthy Tenacities”, the overactive deathrash machine of GREEDY CAPITALIST returns with their amazing full length album “Radical Denunciations”!
The Greek/Mexican metallers made a giant album, mixed with classic death, thrash and hardcore elements and modern sounds, with superb vocals, blasting rhythms and glorious guitar solos and riffs!
Lyrically the band is moving in the same path as in their first EP, economic tyranny and its sociopolitical consequences are being discussed in “Radical Denunciations”.
For fans of Slayer, Forbidden, Testament, Anthrax, Messhugah, The Haunted, Legion Of The Damned, Metallica, Sodom and Kreator! 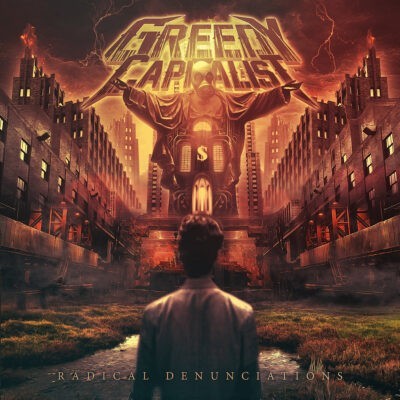