The NWOBHM legends return with their 10th studio album!
“Elder Gods”, explores new dimensions in Metal, so expect the unexpected. Engage with Ishtar, Shiva, Astaroth, Lucifer, Horus, Satan and the elder of all elders who is yet ever new, the Divine Mother. From towering grandeur to profound sweetness to raw Metal brutality this album has it all. Do what thou wilt shall be the whole of the law. Holocaust incl. on “Elder Gods” some of their NWOBHM elements, but following the sound of “Predator” they are opening new paths in music, travelling to the past and speaking about Gods and Demons, with a dark mood and personal progressive touch which includes both brutal and gentle moments. Their new epos has it all!
Don’t miss it!
Available in jewelcase and digipack cd (both versions incl. one bonus track), standard black vinyl LP version and silver vinyl (limited edition to 100 copies only worldwide!) 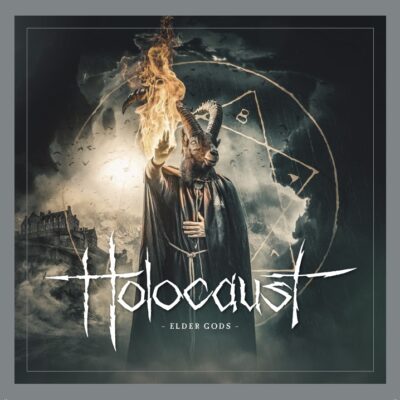