Finally the debut album of this new thrash metal SUPER GROUP is released! Coming from San Diego and featuring STEVE BROGDEN (ex-CAGE) on guitars/vocals, NORM LEGIO (PSYCHOTIC WALTZ) on drums and DON LAUDER (UNDER THE STONE) on bass, American NUKEM blends thrash metal with speed, influences from old-school metal and death, they released a hellish album!

Including a cover version of Black Sabbath’s “T.V. Crimes”. 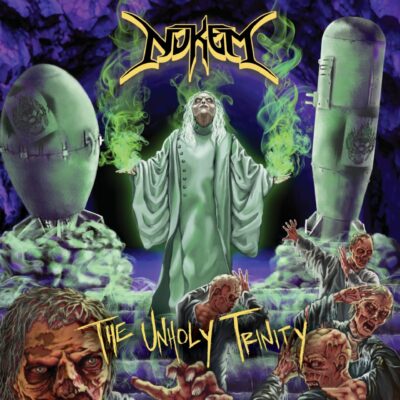