This is probably the most appropriate definition to describe the debut album of the experienced OF THE ARCHAENGEL (in the 90´s also known as Lethal Curse), a band that paints the Brazilian tradition of producing creative, innovative and exotic metal in light black.
The haunting and soulful “The Extraphysicallia” is an conceptual album (based on the book novel by R.A. Ranieri and the Spirit Andre Luiz “O ABISMO”), which is almost 70 minutes of music works as a metallic soundtrack, that’s a dark metal hybrid, including black, death metal mixed with gothic melodies and atmospheres.
Recorded in São Paulo (Scremin Studio), Brazil and mastered at Cutting Room (Amon Amarth, Opeth, Gorgoroth, Paradise Lost, etc.) in Sweden.
Featuring on “Water flows through the slimy walls”, guest vocals by SAKIS TOLIS of ROTTING CHRIST, artwork in 14 pages booklet by Seth Siro Anton (Paradise Lost, Moonspell, Exodus, etc.)

Tracklist:
Black Raven
Water Flows Through The Slimy Walls
Ascending Coils To Lead
Platino
Sun Shaped Archaengel
With The Dragon’s Hand
The Silence Of The Dead Things
Consent To The Devilish Fantasies
Leaving The Inebriant Well 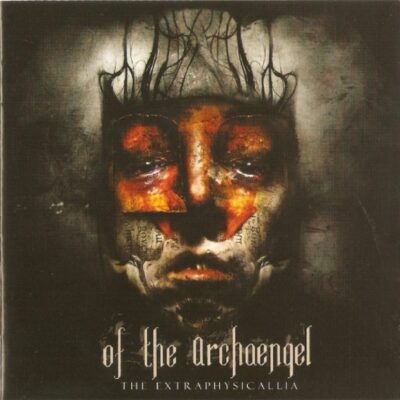