Greek/American melodic rockers OUTLOUD return with their third album “Let’s Get Serious”, their most mature and complex album! Bob Katsionis (Firewind) and co. are on fire and composed their best tracks ever! From the AOR-hit (and first single and video-clip of the album) “I Was So Blind’’, and the melodic hard rock anthems “All In Vain’’, “Bury The Knife’’, and “One More Time’’ (written by Bob and famous Greek composer Foebus), till their heavier tracks “Death Rock’’ and “Toy Soldiers’’ (guest appearance on this one by Mike Orlando of Adrenaline Mob), and from the acoustic ballad “It Really Doesn’t Matter’’, till the progressive touch of the 3-4 last songs, plus the OMD’ cover of “Enola Gay’’, the cd is just amazing and one of the top-5 hard rock albums worldwide releases of 2014 for sure!

Licensed only for Greece!
Available in limited slipcase edition!

Tracklist:
Death Rock
I Was So Blind
One More Time
Bury The Knife
Like A Dream
It Really Doesn’t Matter
A While To Go
All In Vain
Another Kind Of Angel
Let’s Get Serious
Toy Soldiers
Enola Gay 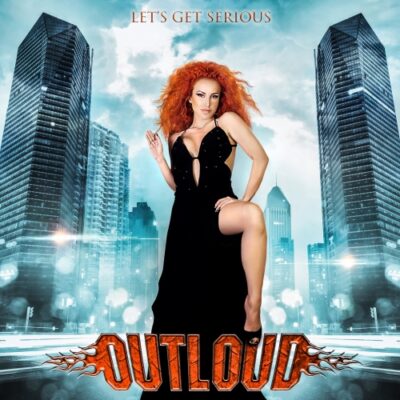