The fourth full-lenght album by Greek black metal gods Rotting Christ, originally released by Century Media in 1997, and still the most successful album of their carrier! With great melodies, atmospheric parts and catchy rhythms, ‘’A Dead Poem’’ is truly a milestone in metal history – an album that no metal fans should miss in their collection! This release has been out of print for year and very hard to find – Finally you have the chance to grab your own copy of this masterpiece!

Guest vocals on “Among Two Storms” by Fernando Ribeiro (Moonspell), all keyboards by XY (Samael). Recorded at Woodhouse studios (Lacuna Coil, Tiamat, The Gathering, etc.) in Germany and produced by XY (Samael).

Tracklist:
Sorrowfull Farewell
Among Two Storms
A Dead Poem
Out Of Spirits
As If By Magic
Full Colour Is The Night
Semigod
Ten Miles High
Between Times
Ira Incensus 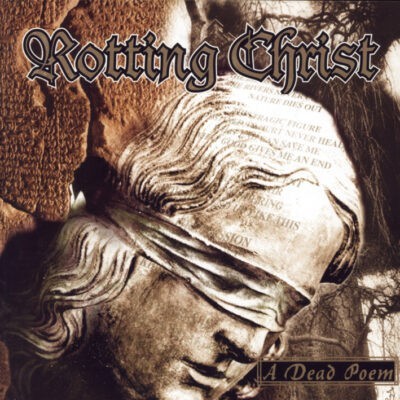