The 8th studio album of Rotting Christ marked the end of their Century Media era, when it was released 15 years ago.
“Sanctus Diavolos” is a complete masterpiece, a very esoteric album, which combines all classic Rotting Christ trademarks and adding new elements like choirs and female vocals! All these appear in a perfect balance, where melodic leads, dark atmospheres and symphonic parts meet classic Rotting black metal!
We re-release it with totally respect to original, without changing or adding anything!
Mixed at Fredman studios in Sweden!
Guest lead guitars on “Visions Of A Blind Order” by Gus G. (Firewind, ex-Ozzy, ex-Dream Evil, etc.)

Tracklist:
Visions Of A Blind Order
Thy Wings, Thy Horns, Thy Sin
Athanati Este (Αθάνατοι Έστε)
Tyrannical
You My Cross
Sanctimonius
Serve In Heaven
Shades Of Evil
Doctrine
Sanctus Diavolos 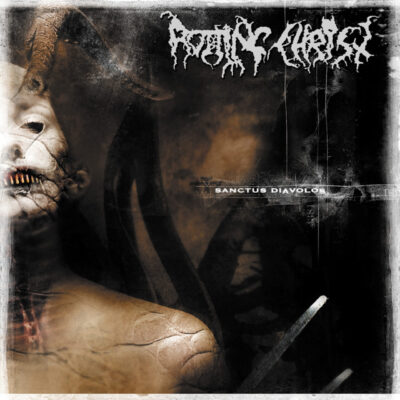