The first release of Sleaszy Rider (SR-0001) was the debut album of Greek dark metallers SNOWBLIND, back in 2001. Now, 10 years later, Sleaszy Rider celebrates the 10 years of our existence and put out our 100th release (SR-0100) and yet again it’s SNOWBLIND. This time their fourth full length album (all released under Sleaszy Rider), entitled “Prisoners on Planet Earth”!

The band returns after 5 years with a real masterpiece – a metal giant! “Prisoners on Planet Earth” includes all the well-known Snowblind trademarks: amazing riffing by Mike G. himself (NIGHTFALL founder), great melodies and refrains, inspired songwriting, Mike’s aggressive vocals, all in a perfect mix. Like BLACK SABBATH, JUDAS PRIEST, IRON MAIDEN and KISS drinking beers and jamming with SENTENCED, CHARON and THE BLACK LEAGUE!

Including the well known track “Diva”, one of the last songs Mike G. wrote for NIGHTFALLl (from the “Diva Futura” album).

Tracklist:
In the Name of God
Prisoners on Planet Earth
Diva
Human God
The Road Has No Name
Wake Up You Sleeping Giant
Love is a War
Forever Strong
Macedonia (Forever Child of Greece)
Life And Death
Modern Killer
We are the Future 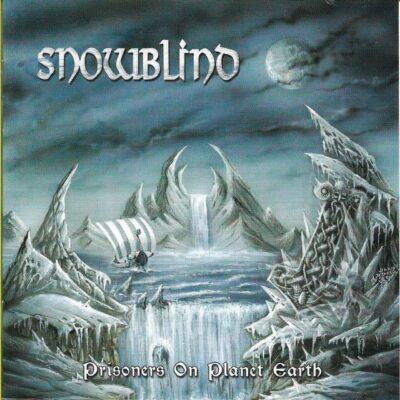