“Criminal Organizations” is the debut effort of Turkish thrash metallers TRENCHWAR! The band even new, has alot of experience, as its founded by Tolga and Harun (both of doom/death metallers FORGOTTEN) and their rest members playing also on groups of the elite Turkish thrash scene!
Amazing, furious and in your face thrash metal, influenced mostly from the Bay-Area scene of American thrash and the Teutonic one too.
Anti-religion, anti-politic, a classic thrash manifesto as it should be. Old school and brutal, not for commercial and sensitive ears!
For fans of: Exodus, Slayer, Testament, Vio-Lence, Exhumer, Sodom, Destruction, Kreator! 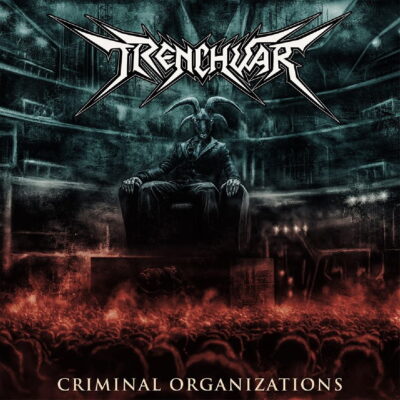