NWOBHM legends DARK HEART return after some decades with their sophomore and self-titled album!

An amazing album that balances between hard rock, melodic metal and NWOBHM! Fresh sound and production, wonderful and inspired songs with powerful refrain and melodies, riffs and catchy rhythms!

Featuring founding member Alan Clark who is playing also with Change Of Heart.

Produced and mixed by the talented Mr Pete Newdeck (Edens Curse, Grim Reaper, Paul Dianno’s Killers, Midnite City and Vega). Pete also appears on drums and additional Bv’s as part of the top class Rhythm section, including the superb Josh ‘Tabbie’ Williams (Midnite City) on bass!
Including “K.O.T.D.” the first single and lyric video of the album, that had a video-premiere on Greek Metal Hammer magazine’s website:
https://www.metalhammer.gr/news/item/35049-dark-heart-k-o-t-d 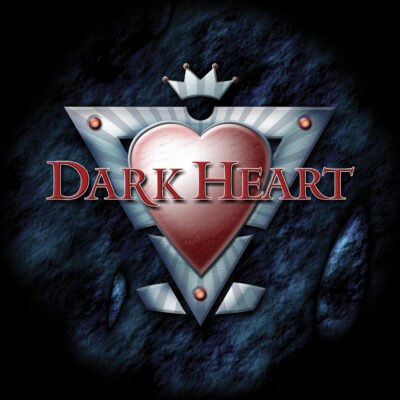 IMAGO IMPERII (IT) "A Tale Of Darkness And Hope" (