VOODOO ANGEL are coming from France and they play hard rock!
They have already opened for artists such as Uli Jon Roth and reached the first 5 places of the international Metal ranking on Reverbnation, benefited from numerous programs on The Launch Pad Life Fan Vote, won numerous contests via Reverbation and were programmed on numerous US and European radio stations.
The band recorded also a “sleaze-metal” version of Billie Jean (of Michael Jackson), whose video reaches, at the time of writing, almost 200,000 views on Youtube! To follow up on this they decided on a second cover (Devil Inside by INXS), which has exceeded 165,000 views.
Jumping forward to our post-pandemic apocalyptic world of 2021, the first Video clip of an original composition by VOODOO ANGEL “Wake Me When It’s Done” was released.
The video has already reached 177,000 views!
The band contacted with SLEASZY RIDER SRL and they received directly an offer, for the release of their debut album “First Spell”, that will be released on 3 June 2022! 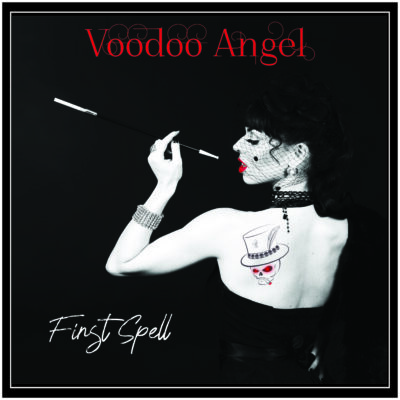