OVERVIEW
Belgian hard rockers/classic metallers SCARVED, return after 4 years of silence!
“ScaRveD” is a Belgian female fronted Rockband with music on the edge of Rock and Metal. ScaRveD started in september 2012. Inspired by – on the one hand – the Classic Rock – and on the other hand by the various streams from the Modern Rock, ScaRveD brings its own powerful Hard Rock with a whiff of Metal influences. They make a lot of musical trips.
On July 2014 we released their debut album ‘’Dynamite’’, that it was what the name say: a rock dynamite, with great melodies and rhythms. The band continue in the same way and on summer of 2016, 2 years after hard work, they finished their second album ‘’Lodestone’’, that we released on 28 January 2017.
Their new, third album “Flashback” sounds refreshed, something logic, as the band’s line-up is half-changed and only female singer Caro and guitarist Luc Van Dessel remain from the original line-up and they have brand new rhythm section (bassist and drummer).
“Flashback” is an old-school hard rock album with influences from the rock giants of 70s-80s, but includes a fresh sound and production, that’s made the album hearing so perfect and so…Scarved! The band has it’s own identity and sound, that’s something you recognize when you listen to their new music!

MARKETING & PROMOTION / SELLING POINTS
* Third album of these Belgian heavy rock enthousiasts!
* Amazing vocals by Caro, one of the best singers in the hard rock scene.
* Wonderful front-cover and artwork by Alain Oosterlinck.
* Recorded and mixed at “The Dungeon”, Lier, Belgium.
* Mastered by Alan Douches at West West Side Music, New York, USA.
* Including a bonus track! 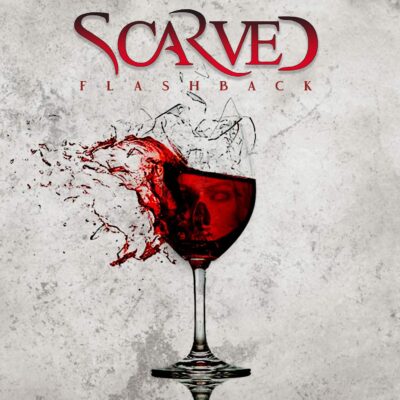