Graywitch - Rise of the Witch

“Rise Of The Witch”

The absolutely blasting debut album by Greek and Cypriot heavy metal enthusiasts GRAYWITCH!!!
Their musical influences span from classic heavy to speed, power and thrash metal.
“Rise Of The Witch” is a hammer, an absolute heavy metal hymn, the soundtrack of our entire lifes!
Influenced from bands like Running Wild, Helloween, Gamma Ray, Iron Maiden, Savatage, King Diamond, Holocaust, Saxon, Motorhead, Judas Priest, early Queensryche and many more, but filtered under their own style, Graywitch made the unexpected for a debut album, to release it like a best-of, where you can’t choose a favorite track, since they all are the same high-quality and hits-like! 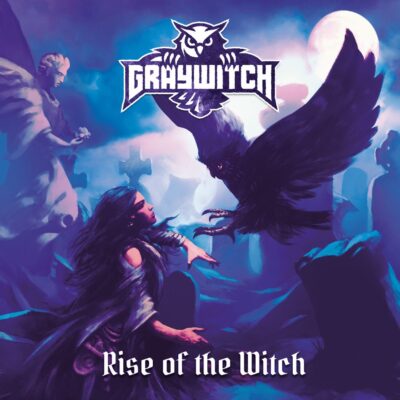 Rise of the Witch