Posted On 07-01-202207-01-2022In Signings
0 likes59 views1 min
We are glad to announce that we signed a deal with Romanian folk/black metallers DAIUS (featuring Daniel of Clouds!) and in the next months we will release their debut album “Ascuns”!
The forest is breathing ancient whispers of the wind. Shades of roots musting with the essence of time. A world of life long forgotten, perhaps from another dimension, scrolls stained with the thoughts of those who made order from chaos, a world in which rivers and mountains spoke of blessings and curses from obscure gods, vengeful and vain.
Daius is earth, fire, water, wind and thought, the entity of life and death, the carrier of souls and the night watch of dark spirits, saviour and executioner alike, the enfleshed essence of everything. A consuming void, devouring life, death and reason in between.
Their music is deeply rooted in the Romanian mythology, a combination of the aggression of black metal and the ethereal sounds of Romanian folkloric instruments weaved with passages of acoustic guitars and woodwinds.
More infos we will announce soon! 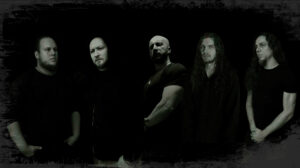